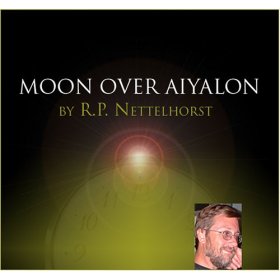 My short story Moon Over Aiyalon is now available from Amazon.com as part of their Amazon Shorts program. It only costs 49 cents to download and read it. Amazon takes 60 per cent, I get 40 per cent.

What’s the story about? Being a graduate student is always hard. Especially if your name is Yehudah and your advisor, a professor named Nahor, invents a time machine that he decides to test on you. Moon Over Aiyalon is a humorous story told in first person about an Israeli sideways time machine that proves remarkably effective in countering terrorists.